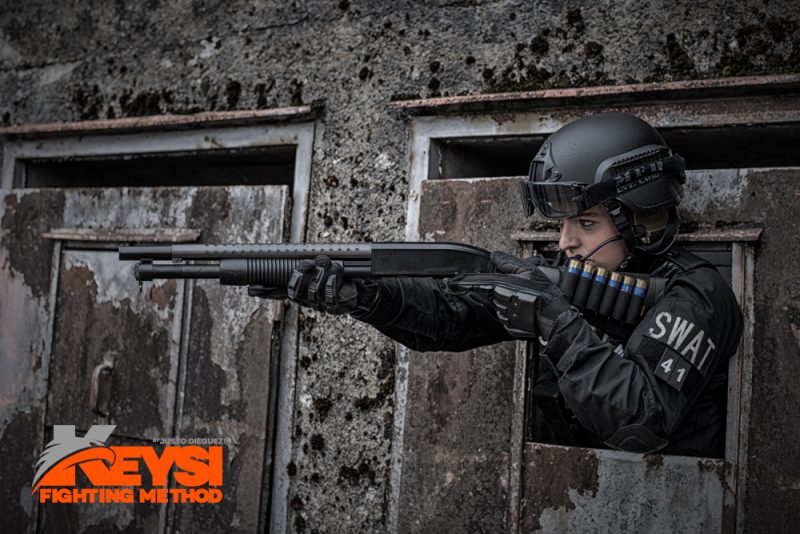 My name is Franziska Kiefer, I have been a member of SWISS ACTION STUNTS for a year now and I support them with fighting choreography, body fights, tactics as a special unit in front of the camera and as a mounted stunt rider in Switzerland. KEYSI is from my point of view one of the best backgrounds to join a stunt team. First and foremost, it is not just about the fights in front of the camera, but about the body feeling and knowing oneself.

On the weekend of 02. /03. In November, parts of the team of Swiss Action Stunts meet to rehearse fight scenes together. In combination with weapon handling and firing with ammo ammunition and wirework. (Wirework is a type of rope technique where people and objects explode in the pulling direction of the rope).

This weekend we used this technique on a shotgun. This means that we have faked the firing of a person with bullet ammunition and to make it look real, the person was pulled back by wirework. So, it looks in the video really as if the person was shot.

In addition to this scene, we purposefully trained several processes and studied the choreography via screenplay. It was a brawl workshop. A person against two, with the items that are present and, among other things, the handling and disarming of a 9mm blank gun.

The scenes shown are not to be copied! There are specialists with corresponding certificates atwork.